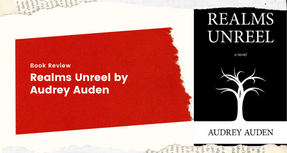 Just a little bit of business, before we get to the review. Firstly, the Facebook party was so much fun! There were several great giveaways, and a few of them are going until the end of March. Go check out all the fun! I also had a great interview with Ama over on her site, which you will enjoy!  We are having so much fun on the tour, and I hope you get a chance to check it all out!

Emmie Bridges, the youngest child in a family of inventors, is a talented creator of virtual worlds and a prodigy in the field of augmented reality. When Tomo Yoshimoto, the world’s pre-eminent virtual reality designer, invites her to become his apprentice, Emmie cannot believe her good fortune.

But Emmie’s charmed life begins to unravel after Tomo’s sudden death, and she finds herself adrift in the real and virtual worlds she once loved. When a strange man reaches out to her, offering his help, Emmie discovers that the worlds she thought she knew are not quite what they seem.

Wow. This book is just awesome! I haven’t really read any cyberpunk before, only watched some cyberpunk anime. I don’t really see how this fits into cyberpunk in that sense, but as I haven’t read cyberpunk, I will take the author’s word that this is. Needless to say, whatever you want to call it, this book was amazing! I loved the world-building both within the book, and the work that the author does. The blending of technology and old religions was refreshingly thrilling. The author’s descriptions of technology were phenomenal. I was surprised that this book was only 356 pages, because it seemed so much more than that. The meaty details, the three different storylines going at the same time, and the delicious development of the plots left me feeling like I had read several books in the series.The only bad thing that I would mention, is that because of all the different elements and the way that the story progressed, I really felt that there were two different books here. And the story still isn’t finished yet. There will be a sequel. This book took me a month to read, which is very uncommon. There are a couple of major climactic points where I think she could have ended book 1, and then created book two. The second part of the book had a very different feel than the first, which also would have been easier to handle if she had made it two books.
But it was a great read. I will definitely read it again when the next book comes out. Yeah, the next book is going on my TBR as well.
If you would like to give Realms Unreel a try, grab it now. It will be the best $4. you spent on an e-book this year!
Until next time,
Keep Reading!