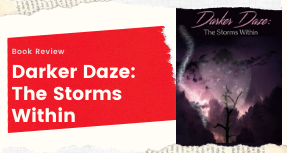 I am so excited to be part of the Darker Daze tour for A.L. Mabry! This is such an awesome collection of Dark stories. Full confession, this is published by my publishing house, OWS Ink LLC, and I am the project manager for this book, meaning I helped with editing and all that such. So I won’t comment on that aspect of it, because I am probably biased. But I picked this project to manage, as is our process, because I absolutely love the stories in this collection.

Let’s get started with an honest review.

Darker Daze: The Storms within is a collection of short stories that explore that darker side of the human condition. Each story pulsates with tragedy and a sense of desperate hope that only the suffering could understand. Ms. Mabry weaves personal experiences into fictional webs in a way that draws the reader in for a hug, then punches them in the gut. While these stories may be too emotionally charged for some readers, they give voices to the voiceless among us. Do not shrink away, the demons are not yours…or are they?

Y’all, these stories are… dark. Gripping. Kind of awful, and yet so good! There are 10 stories in total, and as with any collection, some are amazing, others are just ok or didn’t grab me. So here are my favorites, in no particular order: Sweet Release was a wicked punch because it is about a woman living in an abusive relationship with a plan to escape. The end… I just… tears, y’all. Belladona, wow. so dark. As one who has seen up close how pedophilia destroys lives, this story had me ROOTING for the antagonist! Sibling Rivalry had my heart in my throat, as any parent in a blended family can relate to the fear of conflict. Beneath Salem… I cried again. Seeing ignorance and hate so real and brought to life is just… it made me sick and sad, and was so real! Rooftops and Teardrops- Again, with seeing first hand how sexual abuse destroys lives… the ending, it just… tears. The Next Best Seller– I actually first read this story before I became business partners with A.L. Mabry.

​​ knew she was a practicing Wiccan and this story kind of gave me chills. I was like, nope! Lol. But even after knowing Amanda and how sweet and good she is, this story still gives me chills. As an author, I could relate to the jealousy of the MC, but when she goes dark… holy crap!
Now for the ones that didn’t grip me. Again, this is just personal taste. They were well-written, I just didn’t connect to them as well as the others. Last Call- It’s dark and I just couldn’t feel anything but meh for the MC or the girl. Bonita- I felt sorry for the MC, but couldn’t really connect with her reasons or purpose. The ending was just a tragic Deus Ex. (Intended, not bad writing.) The Last View: I was heartbroken for the MC, but his choice was just one I couldn’t connect with, which is weird because I’ve written similar stories. But mine were left with a sense of hope. Did she or didn’t she… This was quite final. More than Stolen Hearts– Kid was an idiot and deserved what he got. (I’ve become the grumpy old man, “Get off my lawn!” Lol)
But all in all, a great read! I will warn readers, this is a very dark collection. There is violence, death, some pretty heavy topic matter including murder, child abuse, abuse, rape, and revenge. The only one that is graphically sexually explicit is Last Call. Definitely not one I would recommend to my mother or my children. But if you like exploring the darker side of the written word and thinking on whether they deserve what they get, this is definitely a thought-provoking collection.
You can pre-order Darker Daze: The Storms Within on Amazon for only $2.99and be sure to join the tour and get to know more about the stories and the author. It will be a ton of fun!
Until next time, 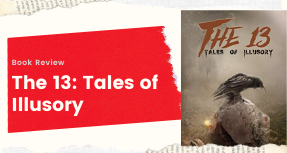 These 13 enchanted tales will haunt you long after you’ve finished reading them. You’ll second guess everything, check your closets before sleeping, and peek over your shoulders by day. Down down in the depths they fell, bodies in the dark of a liquid hell.

Enter if you dare…

This is a deliciously dark collection of 13 short stories, most with a supernatural element.
The first story, Soul Survivor, is actually a page long poem that sets the creep factor nicely. Next, we enjoy a short story, “The Puppet Master” that dabbles in Romani myth and legend. “No Returns” is an unexpected short story with a dark twist at the end. “Wade, Haunted” is a longer short story/ cautionary tale with a dash of naughty.”Season of Change” which is one of my favorites, takes a look at neighbors. “On the Ninth Day” is a clever piece based on the Norse God Odin. “Strike a Pose” is about the victim of a creative killer. Dark, twisted, and fun. “A Child Lost” looks at the world of Pixies. “The May Queen” plays on the ancient tradition of the May Pole. “The Chair” is a morbid look into the world of an electric chair. “Tears of a Sinner” is a dark look into an arranged marriage. “What the Sign Saw” is one of the longest pieces, and is a dark love story that I also really enjoyed. “The 13th Year” wraps up the tales with a unique view into the lore of vampires.
If you are a fan of Edgar Allan Poe, then I think you will enjoy this modern take on the dark, macabre, and supernatural.

Take a Peek Inside on Amazon 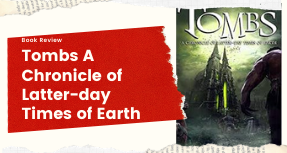 I have really enjoyed introducing you to James Dorr the last few months.

For anyone who missed James Dorr’s Guest posts on the blog, they are as follows. Definitely worth a look before jumping into the review.
It began innocently enough with a Meet the Author Interview. Followed by the fascinating analysis of what is a Novel in Stories. In March, James regaled us with how the concept of this world developed: It Began with a Map and in May he introduced us to the element that tied all his tales together, the Ghoul-Poet.

I also took a moment to share a reading of one of my favorite stories.

His publisher was also kind enough to give me an ARC (Advanced Reader Copy) of Tombs for a review. So let’s get to it!

It had been a time when the world needed legends, those years so long past now. Because there was something else legends could offer, or so the Poet believed. He didn’t know quite what—ghouls were not skilled at imagination. Their world was a concrete one, one of stone and flesh. Struggle and survival. Survival predicated on others’ deaths. Far in the future, when our sun grows ever larger, scorching the earth. When seas become poisonous and men are needed to guard the crypts from the scavengers of the dead. A ghoul-poet will share stories of love and loss, death and resurrection. Tombs is a beautifully written examination of the human condition of life, love, and death, through the prism of a dystopian apocalypse.

Wow, for those who missed my First Thoughts video yesterday, you can watch it here.

After spending the evening trying to organize my thoughts, and still struggling, this is not going to be as clear and concise as I had hoped.  Man, the synopsis is perfectly written, though.  James Dorr does a remarkable job tying together 16 seemingly disparate tales of life, love, death, and the human condition.
The first few stories were quite shocking, with some rather graphic and questionable content. (The Beautiful Corpse, The Lover of Dead Flesh were titles that might have given me some hints.) but the behavior treated as common, and the reflection of why it was acceptable based on our current society and how it is developing led to some rather disturbing self-reflection.

After addressing more commonly shocking issues (sexuality, female positioning in society, how we care for our dead, and other interesting issues.) the stories take a unique twist, going from primarily told by the people charged with caring for the dead (Those who run the Tombs, telling us how to view Ghouls, New City Dwellers, and The River People.) then we shift our perspectives and get stories and views from these other peoples themselves who view their position in society as natural and appropriate, and the other’s as different/ bad. Just when you think you know what to expect, the next tale twists what you think you know and gives you a new angle and perspective to consider. And when you take that and compare it to our real-world counterparts, it creates a rabbit hole that is easy to leave you caught in a thought-provoking stupor.

For anyone participating in #ReadProud reading challenge (or one similar, focusing on stories about LGBTQ.) There are several stories in this Novel-in-Stories, like Flute and Harp, The Ice Maiden, and The Winged Man that all highlight how Mr. Dorr perceives the LGBTQ issue in a distant future, which in a way, I found quite comforting despite the uncomfortable future this tale predicts.

Yes, despite the uncomfortable and dark future predicted in this future world, key elements, like love, money, and humanity’s ability to carve out some sort of life in even the most dire circumstances carries on with a heart-broken tinge of hope and legends.

I highly recommend this book for anyone who likes to think deep thoughts about what they read. For anyone who has an interest in politics, social issues, climate issues, anthropological studies, biomedical, and for the curious who like to imagine how the world could turn out. For me, this was more realistic an outcome than the Divergent series, Hunger Games, or Maze Runner, though definitely not for the same audience. This is a grown up’s view for grown ups of what a dystopian world could potentially provide.

Take a peek inside today.