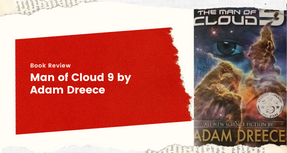 When Niko Rafaelo was 17 years old, his parents and brother were killed, and he committed himself to two ideas that would shape his future that year. The first would lead him to create a technology that would revolutionize the world. The second would lead to the unravelling of his world.

Set 70 years in the future, where the world has been ravaged by the climate and political unrest, the story centres on Niko and those closest to him. Like an addict, Niko’s unable to stop himself from seeing his vision through, despite the sacrifices and consequences.
“a truly unique voice…will keep readers obsessively turning the pages from the very beginning all the way through to the very end” – Tracy A. Fischer, Readers’ Favorite
“It’s rare to find a hard science fiction novel that is so personal, so intimate. “ – Erin Sneath, GoodReads.com
“Adam Dreece continues to surprise, enthrall, and sweep us, his avid readers, along – with his elegant prose and insightful story telling. If you, like I, enjoy the scifi/fantasy genre – you can’t do better than The Man of Cloud 9.” – Rene Auberjonois, Avid Reader, Actor (ST:DS9 Odo)

Wow, I absolutely loved this book! Rene Auberjonois was right, this is a unique and insightful story with a fantastic take on the future world grounded in modern technology and very realistic! I absolutely loved following Niko in his visionary ventures dealing with a world that had become afraid of technology and had banned certain lines of development because of their fear.
Adam Dreece creates a very realistic future dystopia where technology has been halted in many aspects because we grew faster than we were ready, got burned, and were afraid to take further risk. Being the wife and mother of tech heads, I really appreciated Niko’s frustration with “regular people” and his desire to keep his worlds separate. The crazy risks he took because he believed so inexplicably in what he was doing, his single-minded focus, and even in the way that his behaviors alienated him from those around him and put everything at risk, all rang true.
One of my frustrations with a lot of stories is that the plot is often based on lack of communication (and yeah, it’s realistic, but at the same time the characters don’t demonstrate why they are inefficient) and I find myself yelling at these characters because the problem is so obvious that even they must know that it is their own darn fault and should stop doing that stupid thing. (For example: If Gibbs would just take 2 seconds to explain, instead of expecting everyone to just trust him, we would lose half of NCIS!)
But in Man of Cloud 9 we understand Niko so well and even though he knows he is creating a lot of his own problems, we actually “get” why he does it. (And no, it isn’t just because he is a techno geek and lacks social skills. It is so much more deliciously complex!)
This story was so delightful in its depth and focus that I could not wait to give it to my eldest son (the tech head) for Christmas. Dreece expertly weaves a story with multiple layers. The technical struggle is enough to excite any Sci-fi enthusiast, the moral dilemma is a teasing thriller throughout to draw us forward, and the complex relationship struggles are enough for any fan of drama to stay hooked.
On a side note, I got a glorious tickle when he mentioned “The Yellow Hoods” a couple of times in passing, as this is actually another series that Adam Dreece wrote that falls in the Fantasy realm. I also got a laugh when he mentioned a fellow author friend, Angela B. Chrysler. It was fun seeing how he pulled from his real world and added it into The Man of Cloud 9!
I must mention that the editing did suffer a bit towards the end, but not to the point that the story lost understanding, and not really enough to pull me out of the story.

Want to see some of my other content around Man of Cloud 9?

Check out my book unboxing video

Grab your copy of Man of Cloud 9 today.
Until next time,
Keep Reading!